Studies suggest that browsing Facebook can make you unhappy, says Justin Mullins. Why might that be?
Not so long ago a new form of communication swept the world, transforming life in ways unimagined just a few years before. One commentator heralded it as “the greatest means of communication ever developed by the mind of man” while others pointed to its potential to revolutionise news, entertainment and education. But the poet and playwright TS Eliot had a different take. “It is a medium of entertainment which permits millions of people to listen to the same joke at the same time, and yet remain lonesome,” he wrote.

Eliot and the others were writing about television in the early 1960s. But fast forward 50 years and you could be forgiven for thinking that their comments apply equally well to the internet, and online social networks.

Chief among these is Facebook. Its statistics are astounding. In just one decade, it has signed up some 1.3 billion people, half of whom log in on any given day and spend an average of 18 minutes per visit. Facebook connects families across continents, friends across the years and people around the world.

And yet Facebook’s effects on its users may not be entirely benign. Some researchers suggest that the ability to connect does not necessarily make people any happier, and it could in fact reduce the satisfaction they feel about their life. Can it really be possible that Facebook makes you sad?

Until recently, few had studied this question and the little evidence that did exist actually hinted that the social network has a beneficial effect. In 2009, Sebastian Valenzuela and colleagues at the University of Texas at Austin measured how life satisfaction varied among over 2,500 students who used Facebook, and they found a small positive correlation.

Yet last summer, a team of psychologists from the University of Michigan in Ann Arbor and the University of Leuven in Belgium decided to drill a bit deeper by evaluating how life satisfaction changes over time with Facebook use. Ethan Kross and colleagues questioned a group of people five times a day over two weeks about their emotional state. They asked questions such as “how do you feel right now?”, “how lonely do you feel right now?”, “how much have you used Facebook since we last asked?” and so on. This gave them a snapshot of each individual’s well-being and Facebook usage throughout the day.

The team found that Facebook use correlated with a low sense of well-being. “The more people used Facebook over two-weeks, the more their life satisfaction levels declined over time,” they said. “Rather than enhancing well-being… these findings suggest that Facebook may undermine it.” 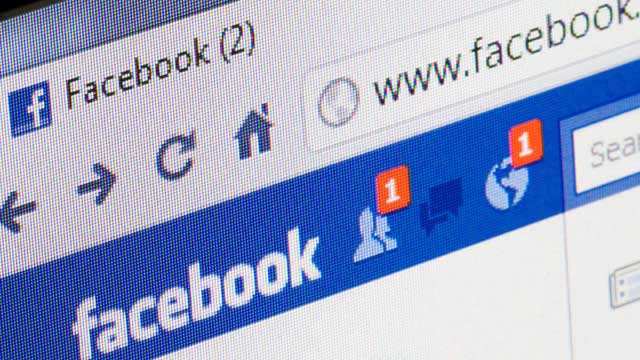 There are several possible explanations for the finding. It could be that people feeling down were more likely to visit Facebook, but the team were able to rule this out because their data would have revealed if people felt low before visiting the site.


As Kross and colleagues pointed out, Facebook is an invaluable resource for fulfilling the basic human need for social contact. But they suspect that the kind of contact Facebook provides does not make people feel better over time. The opposite was true of face-to-face contact, according to their data. Perhaps there is something different about digital social interactions, they suggest.

One possibility might be simple jealousy. After all, it can be deflating to see cousins and former school-friends routinely boasting about their career successes, holidays or new children. Some researchers have referred to this effect as “friendly world syndrome”, where it seems like everybody is having a better time than you. The syndrome comes from an effect identified by sociologists in the 1970s called “mean world syndrome”, where people who watched a lot of violent TV thought the world was more violent than it actually is. Your friends on Facebook may be more likely to trumpet their successes than failures, which can give a skewed picture of what life is really like.

Another similar phenomenon that has emerged in recent years might also explain this dissatisfaction – your friends are, on average, more popular than you. Back in 1991, the sociologist Scott Feld uncovered a surprise while studying the nature of social networks in the pre-internet age. The data came from asking children at several schools who their friends were, whether these friendships were reciprocated and then drawing up the resulting network by hand.

Who's better, who's best

Since then, other researchers have discovered that this “friendship paradox” is a general feature of social networks and applies to other properties too. Not only will your friends have more friends than you do, they probably have more sexual partners too.

Although highly counterintuitive, there is a straightforward mathematical reason for this. People with lots of friends are more likely to number among your friends in the first place. And when they do, they significantly raise the average number of friends that your friends have. People have more friends than you do simply because the average is skewed.

The rise of online social networks has confirmed all of this, not least because researchers suddenly have access to a level of detail that was unheard of before the internet era. According to Nathan Hodas and colleagues at the University of Southern California, the friendship paradox holds true for more than 98% of Twitter users too.

Why might that make you feel glum? Unlike physical world friendships, on Facebook you can see exactly how popular your more popular friends are.

What’s more, last month Young-Ho Eom at the University of Toulouse in France and Hang-Hyun Jo at Aalto University in Finland found that wealth and happiness can show the same paradoxical behaviour – though it’s not clear why. So even if many of your friends are like you, the research suggests that there’s a good chance that there’s at least one significantly wealthier or happier person in your social network.

This could all make for a quite the downer. And that’s not really so different from the way television seemed to TS Eliot.

Popular posts from this blog

July 12, 2014
We spend a third of our lives doing it. Napoleon, Florence Nightingale and Margaret Thatcher got by on four hours a night. Thomas Edison claimed it was waste of time. Why do we sleep? So why do we sleep? This is a question that has baffled scientists for centuries and the answer is, no one is really sure. Some believe that sleep gives the body a chance to recuperate from the day's activities but in reality, the amount of energy saved by sleeping for even eight hours is miniscule - about 50 kCal, the same amount of energy in a piece of toast.
Post a Comment
Read more

June 25, 2014
Alien hand syndrome, (AHS) is a rare neurological disorder that causes hand movement without the person being aware of what is happening or having control over the action. The afflicted person may sometimes reach for objects and manipulate them without wanting to do so, even to the point of having to use the healthy hand to restrain the alien hand. Patient suffering from AHS feels that one's hand is possessed by a force outside of ones control and feels sensation in the affected hand but thinks that the hand is not part of their body and that they have no control over its movement, that it belongs to an alien. Hence, syndrome is name as Alien hand syndrome. The first case of AHS was reported 1908 in German by the preeminent German psychiatrist, Kurt Goldstein. Goldstein described a right-handed woman who had suffered a stroke affecting her left side from which she had partially recovered by the time she was seen. However, her left arm seemed as though it belonged to another p
Post a Comment
Read more

July 11, 2014
Sleep deprivation can cause schizophrenia like symptoms Twenty-four hours of sleep deprivation can lead to conditions similar to the symptoms of schizophrenia in healthy persons, a new study has found. A team led by researchers from the University of Bonn in Germany and King’s College London said that after 24 hours of sleep deprivation in healthy patients, numerous symptoms were noted which are otherwise typically attributed to psychosis or schizophrenia . “It was clear to us that a sleepless night leads to impairment in the ability to concentrate,” said Professor Dr Ulrich Ettinger of the Cognitive
Post a Comment
Read more